How do I start running for a beginner? 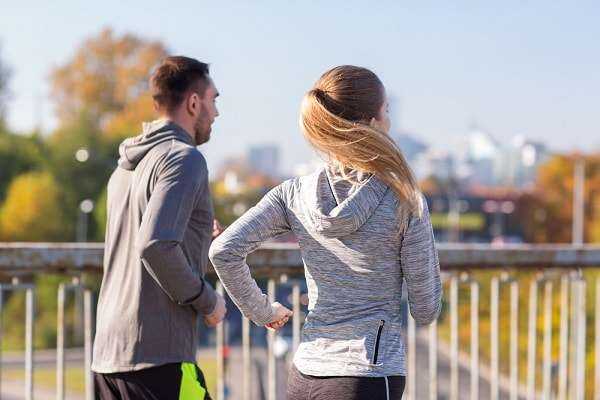 Training
Author Runner Reading 8 min Views 258 Published by 09.07.2017
We have compiled a checklist consisting of 10 items, checking with which you will maximally secure your running from scratch, protect yourself from injury and overwork.

Let’s consider the case when you have only thought about doing outdoor running to improve your health or lose weight. And now you have decided, but you don’t know where to start so as not to harm yourself.

Regardless of your goals and previous lifestyle, the initial approach to running should be the same for everyone. This is especially important if before sport was not among your habits, and the goal of running is to lose weight. Because excess weight seriously increases the load on bones, joints and ligaments.

We have made a kind of checklist, consisting of 10 items. By consulting this list, you will make your running from scratch as safe as possible, protecting yourself from injury and overexertion.

Aside from the training itself, there are only two important things for a runner:

Apart from this, everything else is secondary and not equally important. Without rest, which is a sound and restful sleep of at least 7-8 hours, as well as without a full intake of necessary nutrients, the body is not able to experience any periodic physical activity safely for health. This is important for us, because we start running just for health, not to the detriment of it.

We’re not talking about expensive running shoes or specialized clothing here. You can start running in cheap sneakers and cotton t-shirts: don’t listen to anyone who says otherwise.

Of course, it is inappropriate to cite the nations and tribes that run better than anyone else in the world in homemade sandals made of tire tires. After all, their feet (and biomechanics) are no match for the feet of the average office worker. But, nevertheless, the most promoted sneakers often interfere with mastering the technique of running because of their super-cushioning and thick soles with a strong height difference.

The shoes should fit you not for beauty, brand, fashion or cost, but for comfort, ease and conditions of use. Most importantly, the shoe should be a running shoe that does not aggravate the existing degree of pronation or supination.

Читайте также:  A marathon with no training

Equipment should provide runners with comfort and protection. For example, ice does not go well with the bald sole of summer sneakers and is fraught with injury, not only to the feet. In this case, you can use overlapping spikes. Another example is that too much outerwear leads to profuse fluid loss and overheating, and a lack of it leads to hypothermia.

Another bad combination is shorts and near-zero air temperature. In addition to the very long warm-up time required, which is usually ignored, it is not a fact that the muscles, ligaments and knee joints will not cool down afterwards faster than they warm up.

The classic version of the warm-up:

It may also happen that a couple of kilometers is your training distance at the moment, which you run at just the minimum pace. That’s okay, use walking and light running in place to warm up.

After the main part of the run, do not stop abruptly, but continue with a gradual slowing down. This is necessary so that the cardiovascular system has time to optimize and distribute the blood flow. Then you can stretch the muscles a bit with static exercises.

It is assumed that we are talking about beginner runners now, so the pace of running should be minimal. Well, at least for the first two or three months. Even if your cardiovascular system is perfectly prepared and your stamina is at its best. Still it is necessary to remember that now there is a phase of adaptation of muscles, joints and ligaments to shock loads which are rather specific in running.

Just like the pace, the length of your runs has a direct impact on your musculoskeletal system. Even if you have the strength and desire to drastically increase the distance of your runs, you should not force events for the same reasons of adaptation.

If you now run only 1 km, then increase the distance weekly by no more than 100-150 meters. In running training, such an increase in load is called the fifteen percent rule and is considered safe. Especially if injuries and painful sensations do not prevent it.

You can run every day, but not for beginners and not for long periods of time. Even the pros have at least one rest day per week. At the same time, there should not be more than two days off in a row. Especially if during them you were just lying on the couch.

Three or more consecutive days off are allowed when it comes to recovering from a marathon or replacing running training with swimming or cycling. This is often done to minimize the impact on joints or ligaments. For example, after an injury.

For beginner runners, the best option is to train every other day and have two consecutive floating days off.

No matter how you spin it, proper technique is the most effective way to prevent the running injuries to which all sloppy beginners are prone. Especially those focused on the sole goal of losing weight by any means necessary.

As a rule, they do not have time to learn the basics of biomechanics and injury-free running. Combined with long distances, unsuitable rigid shoes and overtraining, this becomes the main cause of injury.

Special running exercises (SBU) and general physical training (GPT) are aimed at strengthening the muscles responsible for working and stabilizing the musculoskeletal system.

Many amateur runners, even those with great athletic experience, underestimate the importance of this point, thinking it is not so valuable for themselves and their results.

However, all studies show the advantages of long-distance runners who include strength training in their training. And also greater protection against injuries, because all muscle groups are more harmoniously developed. This has a positive effect on the joints, allowing them to work without distortion. Especially as fatigue accumulates.

Читайте также:  How much you need to run to lose weight and run a marathon

You can devote at least 20-30 minutes to strength training and SCU (such as the plank) 2-3 times a week. Even that is enough to drastically reduce your risk of injury and significantly improve your results.

Here it’s obvious: the softer the surface you run on, the less impact load when you land. The difference is not as huge as you might think and is insignificant for the pros. But it is quite noticeable when the landing technique is completely absent. It is very important for a locomotor system unaccustomed to such shaking.

Any device related to running can be very useful because it increases your motivation to start training. But on the other hand, gadgets are often the culprit for overtraining or injury.

This is why we often say that only experienced runners, with a well-established technique that does not require conscious control, can afford to listen to music. But, as a rule, it is exactly the opposite. In addition, music tends to influence the pace of running, sometimes making you unconsciously increase it too much.

Smartphone apps can create a strong competitive incentive (especially Strava). But, of course, that’s the last thing a novice runner needs, so don’t get caught up in the race for records for at least the first six months of training.

Fitness bracelets are a useless toy, but a good sports watch with GPS is much better. True, and much more expensive. Nevertheless, starting to run without them is a good option.

It is useful to know the heart rate zone data, and it can come in handy in future training. But there is nothing more valuable than listening to your own body. You don’t need anything for your first workouts. Running at a minimal conversational pace doesn’t require a heart rate monitor and other distractions. It’s better to pay full attention to technique.

You may also like
Running on the spot: plus, cons and program
For those who want to be healthy and in good shape
0255