Can or can’t you run in a thunderstorm? 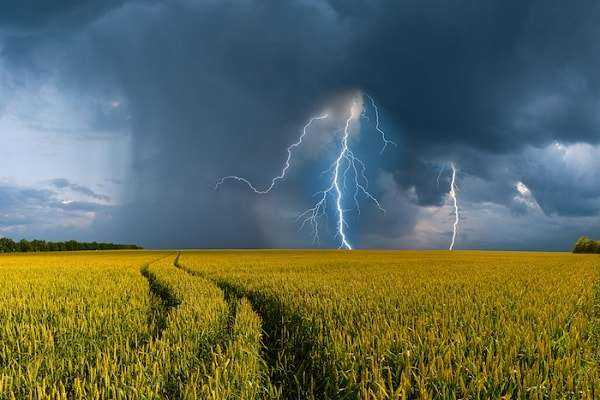 Health
Author Runner Reading 11 min Views 1.2k. Published by 19.07.2017
Due to the fact that a lightning strike is not useful for a person, you and I must protect ourselves as much as possible from being hit by it.

Due to the fact that a lightning strike is not beneficial to humans, you and I must protect ourselves as much as possible from being struck by it. Ttrail running is more conducive to accidental contact with lightning than urban running, especially when it comes to hills and mountains, where you are the highest point of the landscape.

How does lightning appear

The main role in the formation of lightning is played by photoionization and high-energy cosmic particles, which create a shower of charged particles in the atmosphere. Both mechanisms lead to a branched form of discharge, often with side channels of different power with an average speed of about 200 km/s.

Near the surface of the ground (water), under the influence of the electric field of lightning, a counter discharge is ejected from any point, which merges with the main discharge at a height of about 30-50 m (the height of lightning orientation). The main discharge takes place along the formed ionized channel. Usually lightning consists of 2-3 repeated discharges, sometimes there may be dozens of them. The full duration of the lightning reaches 0,2 – 1 s.

It is important to understand that the arrival of a lightning discharge to the ground at the height of orientation is a random event, which cannot be influenced. You can only influence the place of discharge of the oncoming streamer by putting a high lightning arrester for this purpose.

Despite the high probability, a lightning strike may not necessarily fall on the highest point, created by man specifically for this purpose. Often there are cases when it hits, for example, an overhead power line tower closer to the ground, bypassing the lightning wire at the very top.

How often lightning hits a person

We must take into account that cases of lightning striking a person are not always recorded if the outcome was not fatal. And it is fatal in 20% of cases, if the published data is to be believed. Unfortunately, not all lucky survivors can return to a full life because of various damages in nervous system or in the musculoskeletal system.

Читайте также:  Running in shorts and the effects of cold on the knees

Nevertheless, lightning strikes periodically occur in runners, after which they are able not only to stay alive, but also to continue the race to the finish. Ultramarathoners and cyclists, of course, face lightning more often than other athletes. For them, the tracks have a long length, including time, and can pass through completely different weather and relief conditions.

However, the absence of damage to the body after an encounter with lightning is the exception, so we should still know the basics of safety when caught in a thunderstorm.

1. The safest place to be during a thunderstorm is in a building. It doesn’t matter if it’s a house or a store, but if it’s possible to wait out a lightning front directly above you, you should take advantage of it. A car is also a suitable option, in fact it is a Faraday cage if the body is made of aluminum. However, in all cases, you should avoid contact with metal surfaces and pipes, such as fittings, wiring, radiators.

2. Don’t be the tallest object on the ground, because in this case you can play the role of a lightning rod. Although it all depends on the soil beneath you and its heterogeneity. The same applies to other freestanding objects – which is why it is not advisable to hide under a single tree in a field. Lightning will take the shortest path to the ground through the tree, which may just explode with a strong discharge, and in addition slightly concuss you.

Wood has a fairly large inductive resistance, and if it is also highly bent, you can expect to see additional ionized channels forming next to it, which have less resistance. The human body is perfectly suited for this.

3. Even in a dense forest, you have to choose a good place to wait out bad weather. The tallest trees are natural lightning conductors. The safest option is to stay under the dense crowns of the smallest trees or bushes.

4. If a thunderstorm catches you in an open field, the best option is to sit down as close to the ground as possible in the fetal position on the driest ground and wait it out. It may be wet and uncomfortable, but it is the safest.

5. Conductive materials become bad friends during a thunderstorm, including your carbon fiber trekking poles or aluminum or carbon fiber bike. Especially if you’re waving them over your head. This applies equally to any accumulation of metal near you, be it poles, pipes, wires or fences. In a thunderstorm, stay at least 30 meters away from them.

We have listed the basic rules of conduct in a thunderstorm, but there are still other recommendations, some of which are still controversial and have no conclusive evidence. But they are simple to follow, so you should not neglect them.

It is worth remembering that the rubber sole of running shoes in the case of lightning does not work and does not present any obstacle to it. If the path is the shortest, and the conductive conditions of the ground are favorable to the formation of a counter streamer in the “preparatory stage” of the formation of lightning, the discharge will penetrate any such insulator. It is not like picking in a home electric box in rubber boots.

Where lightning strikes most often

As a rule, a lightning strike takes place along the path with the highest conductivity. On land in places with more conductive ground, even located in the lowlands. This is explained not by the easier passage of the main discharge (it will make its way through any insulator), but by the facilitation of currents, pulling up charges of the opposite sign and creating streamers.

In the city, lightning most often strikes lightning rods, for obvious reasons. And also in the highest grounded structures, such as TV towers and radio towers. However, in nature it is not always so unambiguous, although the principle of the highest objects is maintained in most cases.

There is a connection between the species of tree and their susceptibility to being struck by lightning. Most often lightning strikes oaks, poplars, and elms. Less often it strikes spruce, pine, and fir – they contain a lot of oil, so they have a lot of electrical resistance. Rarely at all – in birches and maples.

Always added to the electrical properties of the trees themselves is the influence of the composition of the soil on which they grow: sandy and stony areas are safer than clay.

This term is used when a man-made lightning rod (or more precisely, a lightning rod) is used to protect what is underneath it. The area of reliable protection (not more than 30 m in height) is limited to a cone pointing down from the top of the lightning rod with an angle of 30° from the vertical. Sometimes you can find erroneous information about 45°, but this is an outdated data.

Research physicists believe that when such a guest as ball lightning appears, the worst option is to run or move in any way. They associate it with the appearance of air vortices, which can attract a blob of energy directly to their source, that is, to you.

The theory is not without inaccuracies and it is not quite clear how it can manifest itself, depending on the distance. There is no confirmed data on this as well, but it is better to keep it in mind and keep calm at the sight of ball lightning. Fortunately, 80% of ball lightning explosions do not have serious consequences for the observer.

But what you definitely shouldn’t do when you meet it is try to touch it, drive it away with something, or otherwise make contact. This usually ends in an explosion near the contactor.

We should be interested in the forecast only in the possibility of thunderstorms, because we have no problem continuing training in the rain. Or at least safely return home under it. But in the case of a thunderstorm, running or cycling is not allowed, because by doing so we seriously increase the probability of being struck by a discharge.

Among other things, you should know when a thunderstorm front is approaching you and when it begins to move away. This is very easy to understand if you measure the time from the flash to the sound wave. A shortening means that the thunderstorm is approaching, and an increase means that it is moving away. And knowing the speed of sound, which travels about 1 km in 3 seconds, you can easily calculate the distance to the epicenter.

But you should not, when the epicenter of a thunderstorm is far away from you and after the rain has stopped, immediately run out into the open space and run training. The chance of being struck by lightning remains even after the front has clearly passed over you and a blue sky has appeared. The same applies to the time before a thunderstorm. For at least 30 minutes before and after a thunderstorm, you should exercise the same caution as you would in the midst of bad weather.

First aid in case of lightning

If there is a person near you who has been struck by lightning, do not be afraid to touch him – no charge remains in the victim’s body. You must give him first aid immediately.

The main cause of death in a lightning strike is heart and lung malfunction. Therefore, the victim should be given artificial respiration and heart massage.