Is healing running a myth? 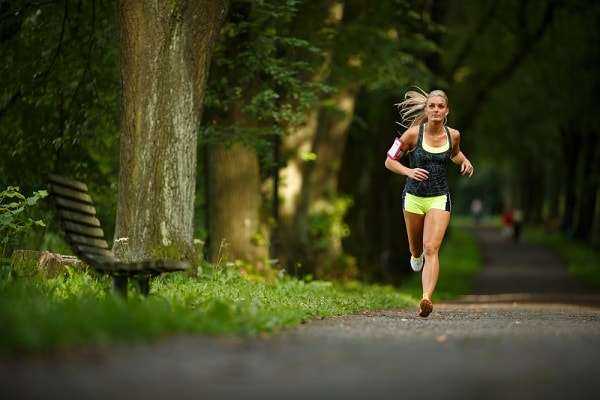 Health
Author Runner Reading 5 min Views 111 Published by 09.08.2017
Quite a lot of people are skeptical about running as a universal cure for all ailments. And in some ways they are right.

Does running really cure diseases and make the body healthier? Quite a few people (even in the medical field) are skeptical about running as a universal cure for all ailments. And in some ways they are right.

The fact is, running can be not only useless, but also generally contraindicated. These situations are well known and include serious diseases and abnormalities in the cardiovascular system or in the musculoskeletal system. Unfortunately, these ailments are the scourge of modern civilization and their causes lie in everything from water and air to diet and lifestyle.

But what about situations involving a variety of chronic illnesses? Here the picture is much more optimistic. The huge number of examples with the improvement of the condition of former chronic patients allows us to draw an unambiguous conclusion about the healing properties of running.

More than half of the runners I interviewed who had suffered from an ailment in the past had been treated with medication, which, at best, only relieved their condition and blunted their symptoms. It wasn’t until they got into running and immersed themselves in it that they were surprised to find that their ailments had disappeared, which was also medically confirmed.

Why is it so little spoken and written about? Actually, they write and talk about it a lot. For example, I am in this magazine. And then, it is impossible to seize the advertising airtime of the zombie TV and thoroughly convey to the masses that instead of buying expensive pills it is better to buy yourself a pair of running shoes. In addition, much of what is said remains unheard due to the fact that there is not the usual mindset of artificially created public resonance.

Читайте также:  How many years will running add up to?

There is another side of running that people perceive as negative. It lies in the fact that it is still necessary to run. That is, you can’t do it while lying in a hammock and sipping a cocktail. The majority of people cannot accept the fact that most of the world’s runners do not run for illnesses or excess weight, but only for the sake of the process of movement and overcoming the distance.

This is another factor that automatically levels the value of running in the eyes of the average person. Because something that requires an investment of physical effort loses in ease of use to any form of medicine prescribed by a doctor and bought at the pharmacy.

Yes, running is healing. Yes, all runners know that. But it’s hard for people to put on sneakers and shorts and run. And there are plenty of “good reasons” to defend their inaction. But when they do, it’s a great surprise to find that it’s more pleasant to run a couple of workouts than to stand in line at the drugstore. Unfortunately, these feelings do not always come at once, so often the passion for running ends before it begins.

But where are the facts that running can be therapeutic? There are a lot of such facts on the Internet. But you don’t have to go far, just look at your personal environment. Certainly, it should consist of experienced runners, not alcoholics.

It is probably correct to hold the view that it is not running as such that has this healing effect, but all the factors that go along with it. We must consider that those who have previously suffered from some kind of ailment were often not initially close to the sport. More often than not, it was even taken the exact opposite side, in which alcohol and cigarettes were the closest of allied friends.

Any sport will require the immediate elimination of these substances from your life, which in itself is already a powerful step toward cleansing your body and recovery.

If we add to this a long stay in the fresh air, replacement of foods with higher quality and multicomponent products, as well as improvement of the entire capillary system of blood vessels, which promotes cell regeneration, then the healing does not seem any more supernatural, but has rather logical explanations.

To be fair, it should be noted that although the general health-improving effect of running begins from the first meters of training, nevertheless, the manifestation of the ability to cure diseases of all stripes is noted only when such a goal ceases to exist as the main one. And running becomes an integral part of life, turning from an amateur sport into a way of meditation.