Skip to content
Главная страница » Is running in the morning bad for you?

Is running in the morning bad for you? 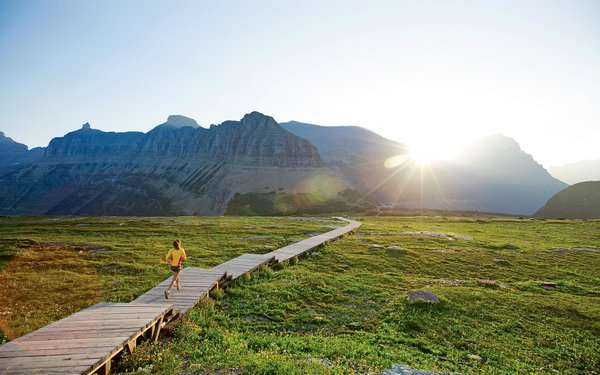 Health
Author Runner Reading 7 min Views 178 Published by 06.07.2017
How much do theories about the benefits and harms of running in the morning correspond to reality?

From time to time this statement is flashed online and among runners in the real world. To what extent are the theories about the benefits or harms of running in the morning true?

We need to figure out where the tail is growing from here. This statement originally appeared in newspapers and then on the Internet to attract attention with a powerful headline. After all, it has always been considered highly beneficial to exercise after rising. And in Soviet times, it was an indispensable quality of a progressive person who was building a solid cell of a healthy society.

It is likely that the theory about the harm of morning running appealed to all opponents of sport in any form. Therefore, articles revealing all of its disadvantages became popular. As proof, various case studies and medical facts were dragged up by the ears.

Get to the subject.

Is it harmful to run in the morning? Yes and no, depending on the situation and health.

You can immediately dismiss all the contrived disadvantages of morning jogging. Especially if we are talking about a healthy body, without cardiovascular diseases, respiratory problems and any kind of allergies that can be exacerbated by physical exertion. In the case of normal and, even more so, excellent health, running in the morning will only benefit.

Some would say, “to hell with empty theory, give me the facts! There are, of course, studies on this subject freely available from any physical education and sports association. But in addition to them, there are our own observations, which are quite entitled to exist, because the baseline data of the subjects and the conditions were as similar as possible.

Читайте также:  The immune system of the runner

At one time your humble servant was drafted to serve in a separate special unit of the Marine Corps. As it happens, like all special operations troops, our Marines had to run better than they could walk or even swim. In fact, it was always believed that running was the foundation of any combat-ready unit. And a commando couldn’t become one if he didn’t learn how to run long, quietly and preferably fast. Everything else is secondary.

As you can imagine, the beginning of the day was quite predictable – rising at 6 a.m. and running an uncertain distance, which depended on many factors, including the mood of the commander, but most often, it was 10 km or more.

The case was complicated by difficult terrain and weather conditions. After all, the main base and training camp was located beyond the Arctic Circle. Therefore, steep snow-covered hills and cliffs were included as an additional option for the resort.

You have to consider that regular running in the morning was the easiest option for physical training. At least we didn’t always take combat iron and all our equipment with us.

Frequent physical examinations, including cardiograms, consistently showed clear improvements in the health of virtually all personnel. It is possible that the biggest role in this was played by the fact that many had to quit smoking or at least substantially reduce the number of cigarettes. All this at the risk of being transferred to a less elite unit, where conditions are simpler.

It is noteworthy that we are talking about the army, so most of the time we were running in tights. Of course, learning to run super economically and rationally, like a marathon runner, was the main goal, and most of all, of course, the shoes hindered this. But strangely enough, no one ever noticed any of the knee problems or other injuries that accompany a runner, even 10 years after service. Asphalt was the order of the day, rocks were also the order of the day.

Читайте также:  Running during your period. The effect of menstruation on training

Later we learned to choose soft versions of leather, on a thin and flexible sole with a small heel, but it was not possible to minimize at all the conditions of “trailrunning”: frost, sharp rocks, and the tired.

Of course, the rigorous health selection process meant that neither the daily early morning run nor other more extreme activities, including night rises on alarm, were able to adversely affect the physical condition of the troops. But this condition was voiced at the very beginning of the article.

The health promotion facts were not contrived by doctors. Because in the event of any serious illness or injury that might interfere with further productive service, a transfer to another unit or support unit would have been imminent.

The harsh weather was not a critical factor for almost anyone either, the body adapted to everything rather quickly and recovered quickly. And no one ever asked you if you were a lark or an owl. Although during the periods of polar winter and summer it is still not relevant.

Who should not jog in the morning

Not everyone is rigorously screened and in good health at baseline. In this case, medicine is almost unanimously against morning running for the elderly and for those predisposed to cardiovascular disease, including diabetes.

Scientists say that the risk of heart attack and stroke is highest in the morning. However, there are no studies proving that morning runners are more likely than other runners to experience such problems. In general, some initiators of studies on the effects of sports on the body and physical therapists admit that runners are quite difficult to analyze. Especially when it comes to large-scale studies. They often go beyond the usual boundaries of medicine, and the principles of their training are too varied.

Читайте также:  Can or can't you run in a thunderstorm?

Because of our circadian rhythms, cortisol, the enemy of athletes and also the stress hormone, has quite high levels within three hours of waking up. Cortisol can, like adrenaline, affect heart rate and blood pressure. This is why running in the morning is not compatible with heart, circulatory and nervous system diseases. Although, again, there is no accurate research evidence among runners on this point.

Cortisol actively suppresses testosterone. But, by all observations, testosterone levels are also noticeably higher in the morning than at the rest of the day and its effects prevail. Scientists attribute this to early mankind, when morning hunting at dawn was a standard pastime right after rising. At least in men.

The rest of the pros and cons of running in the morning are determined by each individual, since most of them are sucked out of thin air. However, there is a huge advantage for those who live in metropolitan areas: the morning air is 3-7 times cleaner than the evening air.