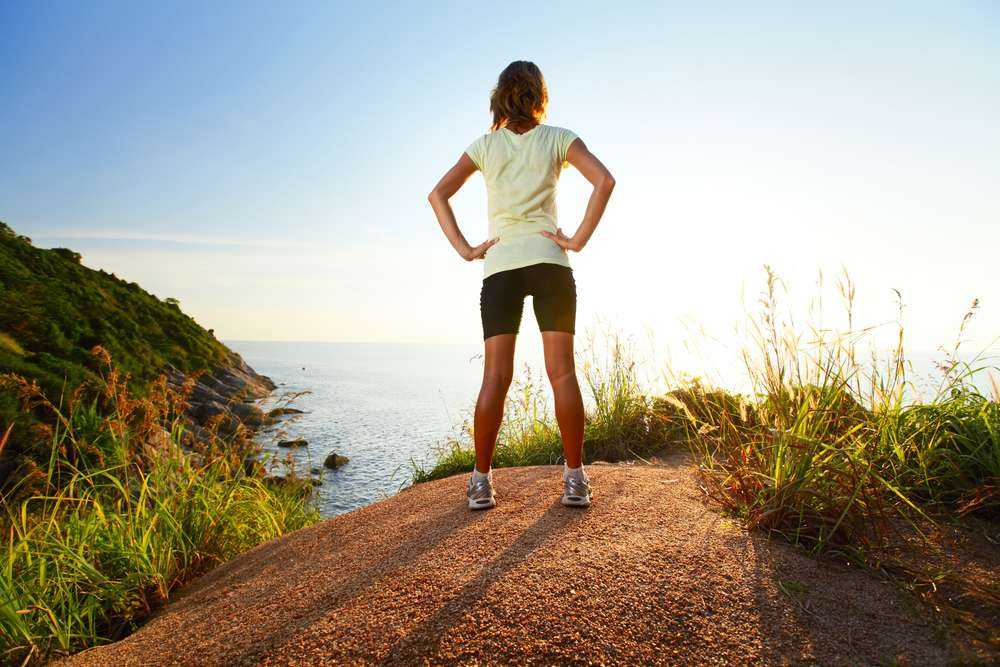 More often than not, people who ask such questions expect a specific answer in hours, minutes, and kilometers. The duration of running for beginners is usually not that long due to poor physical preparation, especially for cyclic sports. This circumstance at the same time saves them from injury.

There are exceptions, but in general, if your weight is way over average (and it’s not muscle), then in order to run a marathon (exactly run, not walk), you need to first lose weight and adapt your body to running.

The first goal is to lose weight

It should be understood that the higher the weight, the greater the load on the joints, and when running it is just colossal, although it does not seem so. So, the first thing we do is to buy running shoes designed for your weight with a soft sole, and the first workout we do on a specialized stadium treadmill. There are now plenty of them in every district of the city.

In obvious cases of obesity, it is better to connect other physical exercises that do not have such a strong load on the leg joints, but also contribute to fat burning.

How much running it takes to lose weight

Don’t take seriously the ridiculous statement that fat starts to burn off only after 40 minutes of running or something like that. This is as far from the truth as other myths about running and weight loss.

The body always uses fat as fuel. Moreover, this is the optimal energy consumption option for it, when there is no explosive load. Another thing is that an easy 10-minute jog in the morning will not help you lose weight in any way, because the total number of calories spent will be extremely low. And it doesn’t matter whether they are obtained through oxidation of fat or glycogen.

Читайте также:  Proper understanding of the goal of training

This also includes the mythical “fat-burning” heart rate zones. This notion has been greatly transformed and has acquired the image of a certain panacea in the weight-loss industry. The magic heart rate (HR) is thoughtlessly talked about and written about by everyone, without even understanding where it came from. In fact, it’s not that simple. No “walking” on a treadmill in a fancy gym is practically no way to lose weight.

Yes, moderate-intensity running may allow you to get energy from burning fat, somewhat more than from glycogen. But the total amount of calories expended will be small. And whatever you were trying to burn will easily be replenished at lunch.

At intensive exercise, when glycogen consumption prevails, more fat will be consumed as well. And the total number of calories burned will also increase significantly.

Plus, no one practically takes into account the effect of the so-called post-combustion. This is a phenomenon when the consumption of fat reserves continues after the end of the workout. Only if it was intense. The same applies to metabolism after strength exercises.

Of course, longer and more intense loads are needed. And the higher the load, the more fatty acids are used in parallel with glycogen. However, a person without training, if he runs for more than half an hour without stopping, risks one of the popular running injuries.

No one will ever give specific numbers. A number of studies, however, allow us to deduce the average number of kilograms that can be lost in a certain number of hours of running training. Roughly we got the following data: to lose weight by 1 kg you need to run for about 20 hours. This figure will vary greatly depending on the pace and the weight of the runner himself.

If we take personal experience of my acquaintances, one of St. Petersburg runners, who in the past weighed 125 kg (now a fit marathoner and triathlete), lost 36 kg in a year of training. Unfortunately, he did not measure kilometers and time at that time, he just carefully increased loads and created the necessary caloric deficit.

You shouldn’t try this information on yourself. Everyone’s body and conditions are too different. There is also the concept of safe weight loss, which is also very vague. It requires a smooth weight loss without a drastic restriction of necessary nutrition. After all, a severe imbalance will lead to loss of strength (the most innocuous option) and health problems. A caloric deficit is extremely necessary, but it must be reasonable, just like everything else.

Before you start any training, you should be confident in the capabilities of your cardiovascular system (CVS), and this confidence should be reinforced by a special person – a sports doctor. It is better to have a complete examination. Beginning runners also need to know their anaerobic threshold and not cross it.

As for training for marathons, Ironman and other competitions, it is the total mileage (per week, month, etc.) that matters, i.e. large amounts of training, with mandatory recovery days. On average, to run a normal marathon (42.195 km), you need to have about 500 km of mileage in a month.

So how many months do you need to train to run a marathon? Six months is an average period of time, which is usually enough to safely prepare and prime for a marathon if you are a healthy person with no weight problems. Alternatively, you can put together a training plan at my.asics.com.

It is also important to note that a treadmill is no substitute for running outside. It does not matter what purpose you are running for, to lose weight or to conquer 42 km. The treadmill is only suitable for biometrics, shoe tests or for warming up. As a serious device to achieve results treadmill should not be considered, because its efficiency will be certainly lower than a dirt track in the park. So do not spend money on expensive devices, but just put on sneakers and go outdoors.