How to become an ultramarathon runner 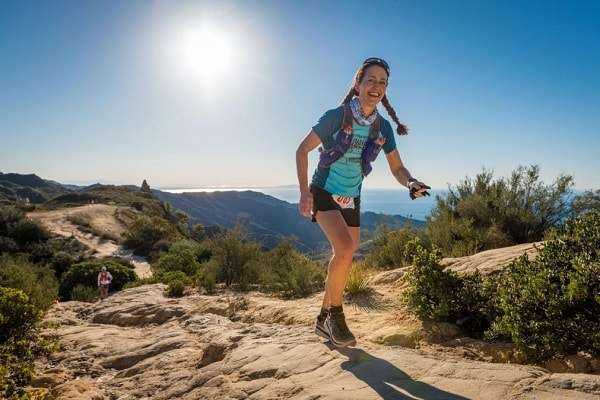 Training
Author Runner Reading 6 min Views 177 Published by 04.08.2017
If you think that ultramarathons are just longer distances, overcoming which is only a matter of time, then you are mistaken.

If you think that ultramarathons are just longer distances on trails that are just a matter of time, you’re wrong. Of course, you need a lot of training, but that’s only a small part of the requirements.

In addition to physical qualities have to develop and moral-will, often playing a predominant role on the complex and particularly long routes. Inevitable discomfort, apathy and psychological fatigue can undermine your plans, even if you are well prepared with physical training.

Any course requires time and patience, but ultramarathons require even more. Any attempt to force the training or competition above one’s level inevitably leads to crashing or quitting the course 90% of the time.

Ultramarathon trail runners initially like the idea of spending quite a long time alone with their thoughts and nature, whereas many modern urban amateur runners may find such situations mentally uncomfortable, especially without their favorite tracks in their headphones.

In addition, among ultramarathoners it is customary to show respect and humility before nature, prompted by an existential awareness of their smallness and mortality in relation to the massive, eternal mountains. A culture of humility reigns in this sport, so any arrogance, boasting or ingratitude automatically alienates the showmen from the community.

Differences between ultramarathons and classics

1. Nutrition. Obviously, you can’t get by with two energy gels, a candy bar and a couple of isotonics, like you do on the usual 10K to marathon run. Here the energy expenditure will be much higher and the nutrition must be thorough.

At an ultramarathon, it is absolutely normal to find foods that include not only carbohydrates, but also fat: bacon, pizza, pancakes, and even soup. The longer the race, the more varied the buffet contents. The main task will be to eat without any consequences for your well-being (and, accordingly, the result in the table) and safely absorb the energy from the food.

Some athletes prefer not to take risks and consume only one proven variety of food, to which their digestive system is known to be positive. But if you can do this without a problem in an asphalt marathon (or even just one banana), then eating candy throughout the race is not suitable for everyone in ultramarathons.

2. Equipment. A backpack with a drinking system is the hallmark of a super marathon runner. In addition to water and food, it may contain things and items required for admission to some races – from headgear to compass and headlamp.

Trekking poles are used by more than half of trailrunners, because on the trail, as a rule, there are places where they provide real help and increase protection of the musculoskeletal system from injury. The good thing is that modern carbon poles are completely weightless, easy to fold and attach to your backpack in case you don’t need them.

3. Pacemakers and support groups. Unlike the asphalt classics, in the mountains you will periodically stop to cool off with ice, change a band-aid on your foot, or change your shoes. For this, you may have your own entire support group (preferably experienced or well-trained) ready to assist at certain points on the trail, give selfies massages and fill your drinking system with water.

Pacemakers, or, in simpler terms, pacesetters (originally, a pace-setter) will help cheer you up morally and set a further rhythm. It is desirable that the pacer be from the ranks of non-harmful friends, since he or she can sometimes be sent away at the peak of a mental crisis. However, this is a rare exception – the vast majority of participants are extremely friendly to each other, regardless of their physical and moral state.

Читайте также:  Conversational tempo as the basis for safe workload

4. Night running. In addition to the fact that many ultramarathons start before dawn, it’s likely that you’ll finish in the dark too, after sunset. In general, you’ll capture the dark part of the day anyway. Of course, it all depends on the distance, but mastering running with a headlamp is a must for the ultramarathoner.

5. Number of participants. Not surprisingly, at the start of such trail races there are many times fewer participants than at city marathons. But it’s not even because of the complexity of the event for beginner runners. To get to the most famous UTMB (Ultra Trail Du Mont-Blanc), for example, first you need to gain the necessary number of points (15) in the other two or three well-known trail races and go through a lottery system of selection. In other words, even your ardent desire to participate in the most elite races does not guarantee anything.

At the starts you usually see the same faces of international runners, who are the backbone of the world trail running and ultramarathon movement. In general, the pre-start preparation is different from the asphalt, because the point is not even that the communication takes place in such an atmosphere, as if it is a huge family and everyone misses each other (often it is). And the fact that before the start all live and rest a day or two in their tents in one large camp, roast meat and go to each other to chat, drink beer and learn the latest news.

Despite the fact that it can be problematic to get to starts like the official Mont Blanc race, most ultramarathoners and trail runners do not feel bad at all. Because the main thing they strive for is being in nature, whether it’s the woods or the mountains. And the freedom that running gives is achievable without participating in famous trails.

Moreover, meetings with like-minded people at an ultramarathon somewhere in my native and beloved Karelia, in the Caucasus or in the Ural Mountains are often brighter and not at all worse than the Alps or Pyrenees.