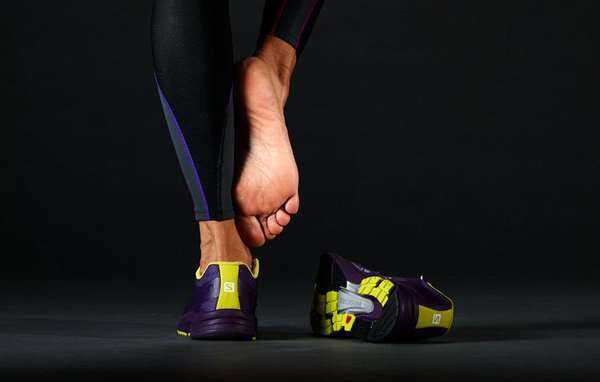 Health
Author Runner Reading 5 min Views 103 Published by 15.07.2017
Plantar fasciitis is more correctly called plantar fasciitis, and heel spur is not a synonym for the disease, but its consequence.

Symptoms of injury and treatment options will be clearer if you understand exactly what hurts and for what reasons. Fascia is a long connective fibrous tissue that acts as a ligament running along the sole from the heel bone to the metatarsals. 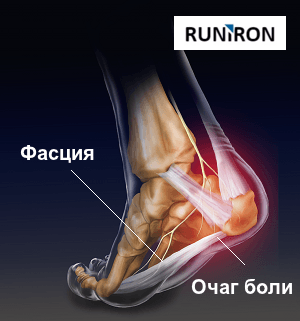 One of the purposes of the fascia is to support the arch of the foot for its proper function when walking and running. More specifically, when pushing off and, even more importantly for the novice runner, when landing.

The causes and symptoms of plantar fasciitis

Some biomechanical problems such as hyperpronation and flat feet combined with excessive physical activity can lead to overstrain and inflammation of the plantar fascia.

The causes also include:

Almost no one mentions it, but injuries to the Achilles are common, including tears. As a result of trauma, rough thickening of the ligament develops, greatly reducing its strength and elasticity. They lead directly to a problem with the plantar fascia.

Depending on the severity of the inflammation, it can be perceived as a mild burning or sharp pain in the foot, preventing you from even stepping on your foot. In most cases, the pain peaks in the morning after waking up, and over time the discomfort gradually disappears. In general, after any resting of the foot, such as sitting in a chair, the pain may return in part when you try to stand up and subside as you walk around.

Like Achilles tendonitis, plantar fasciitis is not a “pain and forget” injury that can be ignored and endured. Continuing to train as much as before can seriously aggravate the situation, up to tearing the ligament and the formation of a heel spur – a bone outgrowth.

The best option is to stop running until you are fully recovered. This can take from a month to a year (in rare cases, more). However, as you understand, most amateurs continue to run with fasciitis. And even sometimes with a heel spur, inventing a variety of insoles, constantly changing shoes and maximizing the support of the foot. This, of course, is no longer just an extreme option, but simply dangerous and painful.

There are many treatment methods, including highly controversial medications and injections. But, as practice shows, the most effective is the usual physical therapy – therapeutic exercise and stretching. Most athletes who have been through fasciitis confirm this 100%.

One of the LFC exercises aimed entirely at runners and the prevention of plantar aponeurosis is to throw a towel on the floor and crumple it with the toes.

Massage of the foot and lower leg muscles is also very helpful. It can be performed with the help of a special person and with the help of auxiliary tools, of which many have been invented. The most popular is a tennis ball, and the cheapest is a bottle filled with hot or cold water. Both should be rolled on the floor with the foot, kneading the bundle 2-3 times a day for 10-15 minutes. 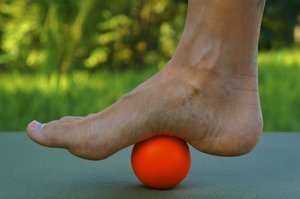 Special orthopedic insoles, night splints and foot taping can also be included in the list of ways to treat and protect against complications. Custom-made insoles are considered by many doctors to be a must-have item and the most effective.

The most recent methods used today are shockwave therapy (SWT), injections of medications, and surgery. The main reason for resorting to these methods is the formation of heel spurs. Its treatment is not possible with popular but completely ineffective folk methods, including ointments, iodine, medical bile, tapping and cupping.

However, UWT should not be viewed as a panacea, because its absolute effectiveness is an advertising ploy that allows the cost of the procedure to be unreasonably high. As studies have shown, UBT does not always relieve pain, or the effect is not long-lasting.

Corticosteroid injections into the inflamed ligament reduce pain, but have many side effects. In addition, there is a risk of rupture of the fascia, especially in people who are overweight. Therefore, the technique is used only if other methods have not helped.

Surgery is not without disadvantages either, because some of the fascia tissue will be removed. Despite the reduction of tension, it will entail other problems, such as the acceleration of the development of flat feet.

In light of the serious disadvantages of extreme measures, it becomes clear why I insist that continuing to run with plantar fasciitis in the same amount is dangerous, and therapeutic exercise and gymnastics along with OHP and SBU is very important.

Can it just go away on its own?

In most cases, if no treatment was undertaken, but just stopped running training in time (or better, if replaced by swimming), the pain goes away after a month or three. But this is only in the case of mild inflammation not neglected to the stage of injury and tearing of the ligament.