Skip to content
Главная страница » The most common running injuries

The most common running injuries 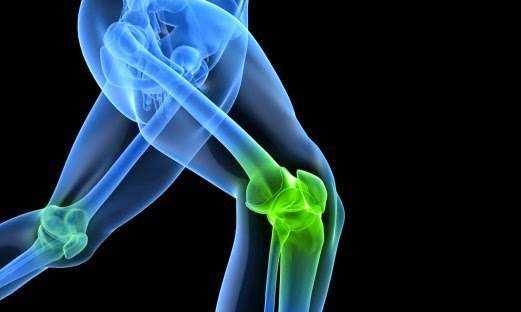 Health
Author Runner Reading 5 min Views 112 Published by 09.09.2016
When it comes to injuries in running, it is obvious that one of their root causes is the lack of need for modern man to have powerful and harmoniously developed legs, plus a poor adaptation to running, as such.

When it comes to injuries in running, it is obvious that one of their root causes is the lack of need for modern man to have powerful and harmoniously developed legs, plus a poor adaptation to running, as such.

As we get older, because of generally accepted standards of shoe design, as well as due to fashion trends (a special hello to heels), we get used to the unnatural positioning of the foot and the work of the legs. So jogging becomes quite a traumatic affair without specialized athletic sneakers.

In addition, improper posture and all kinds of chronic musculoskeletal problems form the wrong movement pattern.

Finally, the most common causes of injuries during running are failure to gradually increase the load, lack of a basic warm-up, poorly and inharmoniously developed muscles, and simple carelessness.

We end up with 70-80% of runners who have ever suffered some degree of joint, bone, muscle, and ligament injuries.

This information should by no means discourage training, as opponents of running and just plain lazy people may immediately think. Fortunately, as practice shows, the vast majority of injuries heal fairly quickly, provided that measures are taken in time and correctly.

Inflammation of the plantar aponeurosis 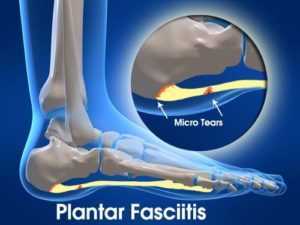 Plantar fasciitis, or plantar fasciitis, as they say more often. This is an unpleasant thing, for the appearance of which even running is not always necessary. It is an inflammation of the plantar fascia, a layer of rigid fibrous tissue that runs along the sole of the foot.

Читайте также:  Running during your period. The effect of menstruation on training

It is a long ligament that connects the heel bone to the metatarsal bones and supports the longitudinal arch of the foot. The main causes of inflammation include micro-tears that appear on the fascia due to the development of flat feet, as well as excessive weight leading to the same flattening of the foot.

But there are also various other causes, which all together easily provoke inflammation up to and including serious trauma with rupture of the ligament and the formation of heel spurs.

Inflammation of the periosteum of the shin

Or a splint. It is the shin, because the periosteum is the connective tissue that covers any bone in the body. Causes are usually overloading (overloading the lower leg muscles), poor cushioning of running shoes or poor foot biomechanics when running on asphalt. A hard landing on the heel is the most common cause of periosteal inflammation.

Or chondromalacia patella. The problem is related to the patella (kneecap), the movable bone in front of the knee joint and the cartilage underneath it. 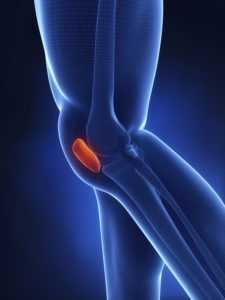 For a variety of reasons, one of which may be muscle weakness and imbalance, the patella stops moving correctly and smoothly when running, shifting from its normal position and its normal trajectory, while significantly impacting the cartilage.

With a serious increase in stress, the cartilage begins to thin and deteriorate. An imbalance in the strength and tone of the quadriceps muscles (wide medial and lateral) is a frequent cause of patellar chondromalacia.

In marathons and training races that are too long, muscle fatigue prevents the patella from being held in the correct position. Muscle strain can have the same result. Hyperpronation and hypersupination of the foot may also be the culprit.

Or tendinitis. A typical fatigue injury. Appears as a result of exceeding the permissible loads for beginners in running. 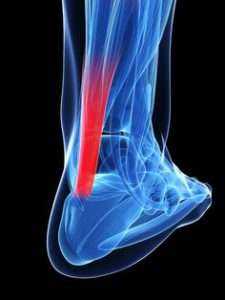 But it can also occur in pro runners when the training plan was violated, a long break was taken, there was no recovery period, etc. There are also biomechanical factors, such as hypo- or hyperpronation of the foot, curvature of the legs. 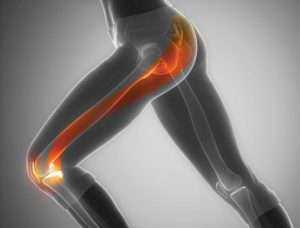 The complicated name refers to inflammation of the very long fascia (connective tissue, ligament) running all along the thigh (lateral, outer part) from the tibia to the crest of the ilium (part of the pelvis).

The cause of ITBS is the constant excessive friction of the lower part of this ligament against the external epicondyle of the femur. This happens in the area of the knee, on the outer part of the knee, so the painful sensations appear there.

This is an understandable mechanical problem caused by carelessness in running and lack of warming up and warming down. Often sprains are preceded by overtraining.