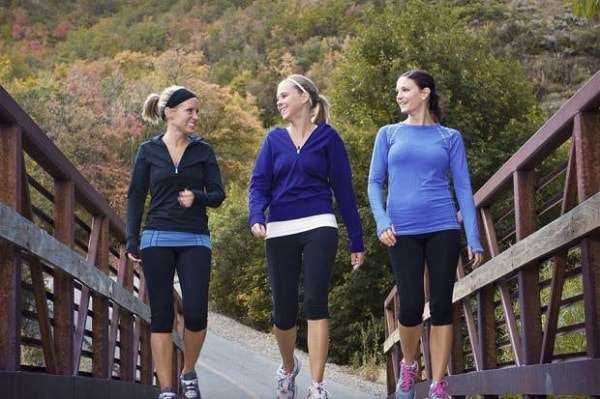 Training
Author Runner Reading 5 min Views 108 Published by 29.07.2017
These mistakes are made even by those who have been running for a long time and are not going to stop.

The technique of running should be learned from the diapers of the very first training sessions. But usually all beginners think about completely different issues. For example, how not to stop running in a week, and not about any technique. But these mistakes are made even by those who have been running for a long time and are not going to stop.

1. Your arms are moving somehow. This is perfectly acceptable in trail running, where the need to keep your balance on the uneven parts of the course comes to the fore. But it’s completely wrong in classic long distances on asphalt. Proper handwork stabilizes the entire body and saves strength. Clenched hands in a tight fist fall into the same category. A complete lack of hand work often correlates with a right-to-left twisting of the body.

2. Severe sagging in the lower back. It is caused by the upper part of the pelvis sinking forward due to weakened muscles of the buttocks and abdomen. Causes back pain and irregular operation of the entire biomechanical complex during running. Lumbar flexion, as well as slouching, puts excessive and incorrect load on the spine.

3. Slouch. Can be caused by the opposite situation, when the pelvis is tilted back. Strong shoulder elevation is usually added to the slouch. Trying to keep the head in the correct position and looking forward, rather than down, quickly leads to cervical and back pain. This can also include a strong tilt of the body forward, as if the person is running uphill rather than on a horizontal surface. Or, on the contrary, deviation to the back.

4. shuffling and stomping. Both are caused by incorrect foot placement, which is the basis of safe running technique. Proper running is absolutely silent. If passersby look back before you catch up with them, there’s a good chance you’re running incorrectly. It depends on the surface and your breathing, of course. If everyone is looking back because of the rattle of your keys or the change in your shorts pockets, that’s a matter of running etiquette.

Shuffling and scuffing the sole seems more innocuous in terms of injury, but it is not. Prolonged shuffling puts serious strain on knee joints and ligaments, and does not rule out the formation of inflammation. Joggers and joggers are the most prone to this, mistakenly believing this way of running to be safer.

5. The lack of a treadwheel. This is a traditional mistake of most amateurs. This point is a basic element of technique. The foot must describe a circular motion in the air from the moment it leaves the surface until the next landing. There is animation here.

This is achieved by slamming the shin backwards (bending the knee joint) after the foot is torn off and then flying it out by inertia after carrying the knee joint forward. At the same time, the thigh should rise to a sufficient height for this. The foot then rests gently almost under the center of gravity of the body. You can rehearse this in slow motion, even standing still and imitating all the running phases with one foot. The angle of the shin splay depends entirely on the speed of the run, as does the angle of hip extension, which determines the length of the stride.

Читайте также:  Breathing when running in theory and practice

As a rule, amateurs do not have circular movement, but oval, strongly flattened, sometimes even polygonal. This greatly slows them down, often provokes a shuffling run and leads to excessive vertical oscillation.

6. Turning the foot outward. Or vice versa, inward. Many people are used to running as well as walking, pointing the toes of the feet in different directions or toward each other. It’s only natural that each musculoskeletal system is unique. But, if it does not cause discomfort or pain, it is advisable to start learning to put the feet straight, that is, parallel to each other. Otherwise, all other movements go awry and put a lot of stress on the joints and ligaments.

7. Spreading of the heels. After the heel flies away from the surface and walks along an incomprehensible trajectory, similar to a figure of eight. There are runners with peculiarities of the musculoskeletal system that do not allow to get rid of this error. Everyone else learns straight and clear movements in one plane, bringing the heel exactly under the buttocks.

8. Landing on the heel. Often, the running shoes that you have been picked up by a human consultant will provoke exactly this kind of foot position because of the strong difference in height of the sole with the many integrated cushioning inserts. However, you should understand that the earlier you start to prepare your feet for proper technique with a soft landing on the forefoot, the easier and safer running will be for you later on.