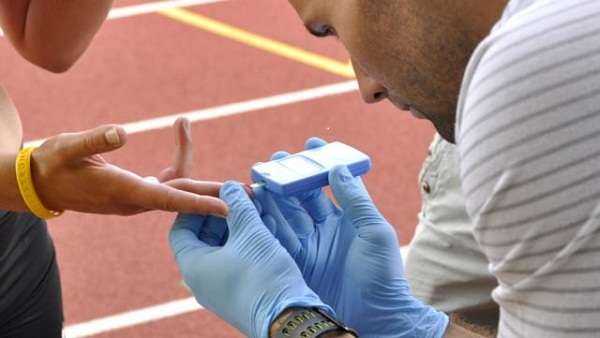 When dealing with such topics, which require deep knowledge of chemistry, biology, and physiology, cause and effect relationships are constantly confused. But we must also admit that, to date, many of our ideas about how the body works are mostly guesswork. They are based on data that can sometimes change dramatically over time.

Our body is aerobic. That is, it cannot exist without air. The chemical and biological reactions that take place at the molecular level require oxygen. Therefore, if I may say so, we constantly exist in aerobic mode, or, in other words, in complete dependence on oxygen.

But later biochemists found out that cells can continue working without enough oxygen (or even without it at all) and still break down glucose (our main universal source of fuel). That is, to do all the same things, but already in anaerobic mode.

In both cases, our cells produce ATP (adenosine triphosphate) molecules from glucose, which provide energy for all the chemical processes.

The process of glucose assimilation is called glycolysis. Other chemical compounds produced by glycolysis are pyruvate (pyruvic acid) and lactic acid.

It is the most important intermediate product of energy metabolism. One of the main roles of pyruvate in the body is participation in the Krebs cycle. This is a cycle of chemical element and enzyme interactions resulting in the formation of fuel elements of ATP or its direct precursors.

It is a common belief in popular fitness magazines that there is a tipping point in a workout, when lactic acid is formed in the muscles due to a lack of oxygen when overloaded. This is the cause of all the problems, from rapid fatigue to pain that is “flushed out” of the body after a couple of days. This description of the processes is extremely incorrect and misleading.

The fact is that lactic acid is always produced (and not only lactic acid). And in the resting state, too. But it doesn’t affect anything by itself, because it immediately disintegrates into its components. We can even say that it already appears to us in the form of initial elements, leaving the cell.

One of the components of this breakdown (dissociation) is lactate, a salt of lactic acid. Therefore, it is more appropriate to talk about the level of lactate rather than lactic acid. Accordingly, the question “how to get lactic acid out of muscles” is absurd, because it is simply not there.

It is even more incorrect to equate lactic acid and lactate, implying that they are the same thing. Indeed, these two concepts are sometimes equated in biochemistry, but in completely different circumstances, for example, when total acidity can be disregarded. In our case, such a comparison has led to years of data distortion in the study of chemical processes.

Lactate, meanwhile, also has no harmful effect on muscles, causes no pain, and has nothing to do with fatigue. Moreover, it is not a by-product in itself, but an extremely fast fuel at peak load. Its absolute majority is eliminated by the liver (and directly by the cells) in this way. And it returns to normal levels (at rest) within an hour.

Читайте также:  Plank exercise. How to do it right

It should be noted that many chemical-energetic processes in the body are reversible. This also applies to lactate, which is easily synthesized from pyruvate (and another enzyme NADN). Such transformations of elements allow to optimize the circulation and storage of substances throughout the body and urgently transport them to inaccessible places when needed. For example, through cell membranes.

Acidity of the intracellular medium

As we found out earlier, we can forget about lactic acid as such (but not about lactate). However, we can’t forget about the second component formed during its decomposition – free protons or, to be precise, hydrogen cations H+. They are capable of changing the pH (acidity) of the intracellular environment, including greatly increasing it with increasing concentration, up to acidity.

The formation of hydrogen cations is an unavoidable condition for glucose assimilation. Especially in anaerobic mode. There is a good reason to blame lactate for the increase in acidity. However, upon closer examination, it turns out that some of the reactions that make up glycolysis lead not to an increase, but to a decrease in the acidity of the environment. For example, when lactate is synthesized from pyruvate, which takes away a proton, the lactate is taken out of the cell by the protein, which also uses another proton for this purpose.

It is now known that the main source of protons in an actively working muscle cell is the breakdown of ATP. Therefore, metabolic acidosis, the acidification of the environment of muscle cells during intensive exercise, is associated precisely with the use of ATP energy. And it is not related to the synthesis and accumulation of lactate, which goes against the established misconceptions.

“This production (as well as the release of lactate into the blood) requires the consumption of protons, reducing their concentration in the cell. Therefore, lactate formation and accumulation may serve as a good indicator of acidification of the cellular environment, but they are not related as cause and effect.” – Journal of Physiology.

The increase of lactate level has no direct correlation with oxygen deficiency, as previously thought, but it can indirectly indicate it. Its accumulation is due to the low rate of substances processing and transformation into energy in anaerobic mode, which, however, is subject to training.