Proper hand work while running saves up to 10% energy 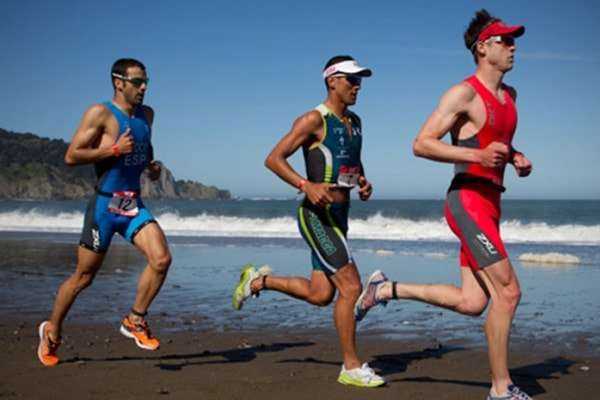 Training
Author Runner Reading 7 min Views 330 Published by 22.06.2017
Proper handwork when running is an integral part of productive technique and requires no less attention than footwork.

Of course, there are opinions that the hands should simply have a comfortable position when running and work the way they want, and that the body itself will make all the adjustments. There is some truth in this, but it is very small.

Especially when you consider the fact, mentioned in the article on running techniques, that this mode of transportation is no longer natural for humans. Most bodies have become more adapted to the seats of cars and offices.

Some running schools like to talk about the individuality of each athlete. This is also true, but no one has cancelled the basics of biomechanics, they remain common to all. Therefore, for effective running, the movement patterns of the musculoskeletal system are the same, regardless of race or leg length.

Correct arm work during running is an integral part of productive technique and requires no less attention than leg work. All movements are directly related to each other and form an overall biomechanical complex.

Techniques for hands in running are not so important for sprinters, moreover, their work is sometimes radically different from the work of the hands of stayers. The main goal of a sprinter is to release a huge amount of energy in a short period of time and the percentage of it is wasted on secondary nuances is extremely small and may not be taken into account.

Therefore, in sprinting, sharp movements of tense arms with a large amplitude and variable angle at the elbow, when the whole body works like a powerful spring, are allowed and even welcomed. However, everything changes when it comes to long-distance running.

The main mistakes you can make:

This is the first important thing to watch out for. A clenched fist provokes tension in the muscles of the entire arm. And in the long run causes stiffness of movements and tightness of the entire shoulder girdle. In addition, there is increased sweating in the palms of the hands.

Читайте также:  Proper understanding of the goal of training

2. Too small an angle at the elbow

The most common consequence of this is shoulder lift and poor range of motion of the elbows back and forth. As a result, we get excessive torsional motion, which greatly affects the work of the legs and foot positioning.

3. Working with hands across the direction of body movement

This item is usually related to the previous one, but not always. This option is appropriate if you are mowing grass, but not for running.

It happens that the position of the arms of a novice runner corresponds to the correct position, but their activity is almost reduced to zero.

5. Too much hand work

The reverse of the previous situation, when the pace of running, stride length and cadence (frequency) are low, and the arms are moving as actively as if the person was attacked by bees.

The main thing that long-distance running requires from us is economy and rationality. It is on the basis of this that we must build the entire mechanics of movement. Therefore, we have to prevent all unnecessary muscle tension right away.

Let there be a gap between the fingers, too. The thumb either just rests on top of the index finger or rests against it. The second option is better because it will not allow the index finger to come together with the others into a fist, and it is a sort of stress protector.

There are even some schemes of finger placement, based on the least tension of forearm muscles during long races. It’s hard to say how effective they are, but the main thing to remember is not to allow the index finger to be fully bent close to the palm. It is better to keep it tucked away. This will allow the palm to remain relaxed.

Читайте также:  Where to start running. The right approach

This angle is not a benchmark for everyone, because it can change in different directions depending on the pace of the run, but it is the most universal. Beginners should not bend their arms to a smaller angle when running so as not to provoke shoulder girdle stiffness and torso rotation.

Note that regardless of the sharpness of the angle at the elbow, the arm moves exclusively at the shoulder joint. The elbow joint should not work in long distance running, keeping the angle constant.

3. the main movement of the arm is pulling the elbow back

The degree to which you bring the arm forward is also determined by the tempo, but it should not require any additional effort. Let the elbows continue their return motion forward by inertia.

Even though the arms themselves are relaxed, their movement should fully correspond to the movement of the legs. And everything together should work like a single mechanism of light springs working for forward motion. There should be no sluggishness in the hands, their movements should be clear and straightforward.

6. Work your hands along the line of motion

The forearms should move almost parallel to each other. In some cases, the hands reach the vertical axis of the body (passing through the navel) by moving the elbows outward. But by no means do they cross it. In other words, the right hand has no business being on the left side.

7. Do not turn your hands

The hands should not look up or down. In addition, they should not bend to the right or left.

A standard problem is that the arms are slipping and their position and clearness are impaired, as a consequence of general fatigue. Over time, proper technique will become second nature, but at first it should be periodically monitored and corrected. As for the arm leaks, from time to time you just need to shake them from time to time while running.

It is in light of all of the above that keeping your hands free while running is one of the basic rules of running. Unfortunately, it is only beginners who sin with their hands, and they are easily identified by the smartphone in their hands and the wires going from it to their headphones.

This point, of course, does not apply to complex trail running, which includes in the standard equipment sticks or desert ultramarathon, when you drag water tanks everywhere you can, including your hands.

When it comes to trailrunning, all of the above ceases to be relevant at all. Classic trail runs require active handwork along completely unpredictable paths. After all, the main task is to keep your balance while moving quickly in a straight line, regardless of surface irregularities.

Some sections of trails athletes prefer to overcome with trekking poles, and in Skyrunning you often have to climb particularly difficult rocky areas with a large gradient, where it is simply impossible to climb without the help of your hands.